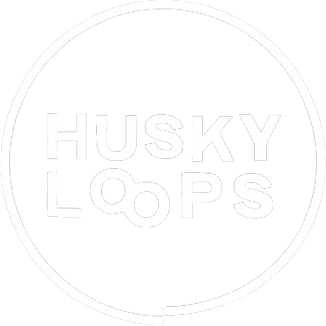 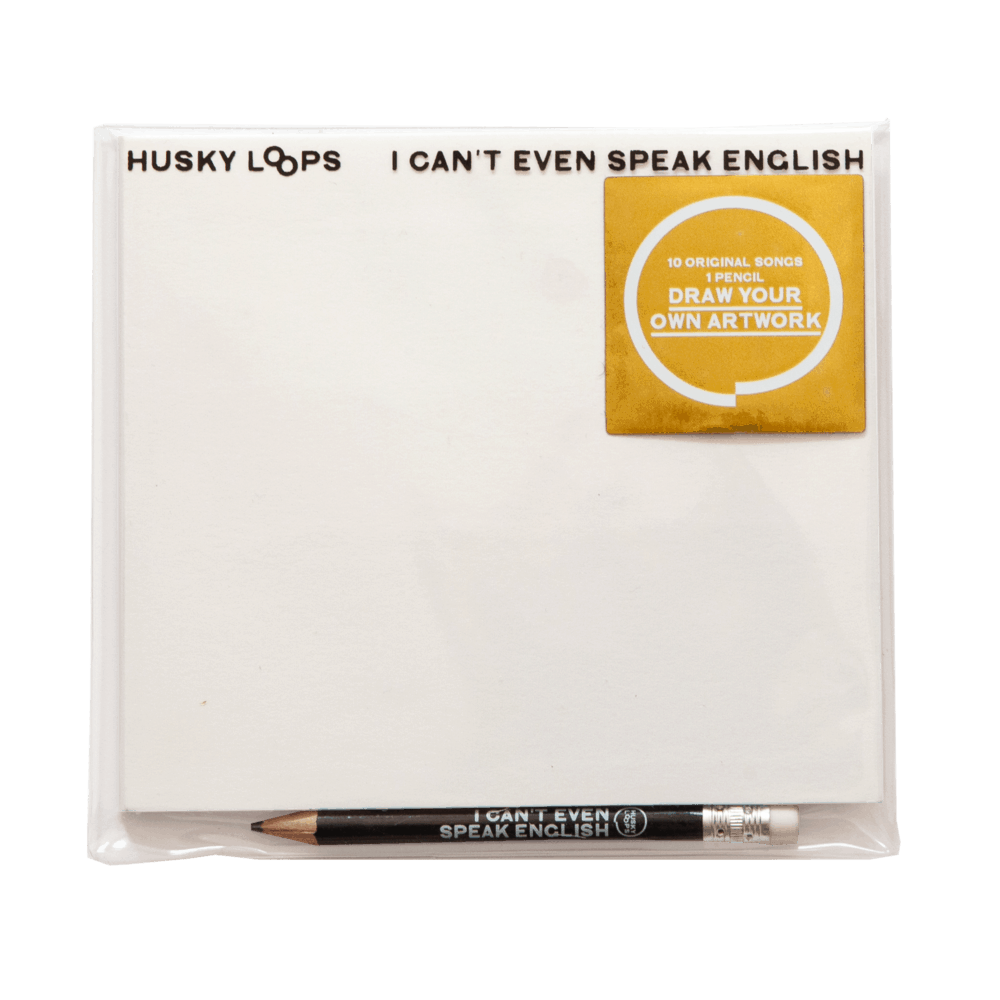 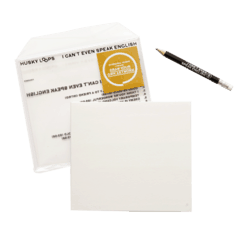 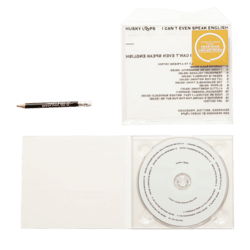 I CAN’T EVEN SPEAK ENGLISH CD

CD in customisable digi-pack including the Husky Loops pencil, all fitted in a PVC screen-printed sleeve.